You are here: Home / Auto / Military Car Loans – How to Get the Best New Car Loan

I just got off the phone with my brother, a physician in the Army. He had just bought a new car and after talking about all the new cool specs in it, we talked about how low auto car loan rates are right now.

So I thought I write a quick summary about the rates in case anyone is buying a car in the near future and hopefully it will save you some time.

While you can get a car loan almost anywhere, you may find you will get better rates at banks and credit unions that specifically serve the military community. 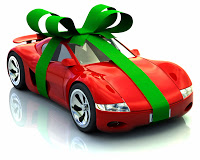 Let’s compare each of these banks by Used vs. New car loan rates (remember however that these rates also can be higher depending upon your credit score)

I started by comparing loans at each of these financial institutions. Here are the results for loans of the same amount and for the same terms (length of the loan).

OVERALL VERDICT FOR USED CARS – Pentagon Federal. They keep it simple too. I like how it’s the same rate no matter how much the loan is for or no matter how long the loan period is.

Again, the following examples are for loans of the same amount and the same loan duration.